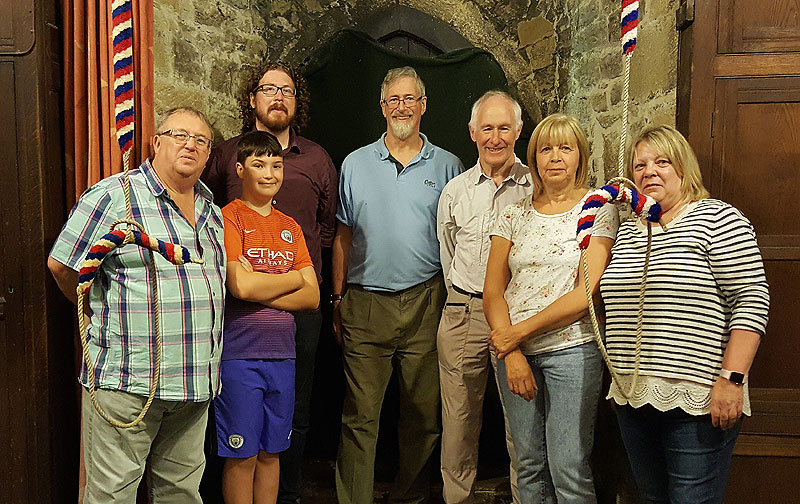 By “dodgy”, I don’t mean what happens in treble bob…

There were eight of us and we were joined by a casual visitor who heard the bells as he passed on the canal.  We raised the front six and rang, initially, some quite reasonable rounds on four or five of them.  Four of the band took turns to ring while I stood by and, when that was going reasonably well, we put two in at once so we could ring six.

We called it “Kildwick Call Changes” because the order of the bells did keep changing.  At times, we had examples of that advanced exercise, called “Opposite Strokes Ringing”.  That sounded good from outside…

At the end, we didn’t lower the bells in peal.  Piecemeal was better.  And then we locked up and retired to the pub.

And that was the best evening’s ringing that I can remember.

At the beginning of April, we had no ringers.  Just me.  Sunday services have been heralded with inexpertly pulled Ellacombe chimes.  On April 2nd, a small bemused group gathered in response to a lot of leaflets in the village and we’ve progressed from there.

Last night, a band was born.  Last night was the best evening’s ringing that I can remember.

3 thoughts on “An evening of dodgy ringing”