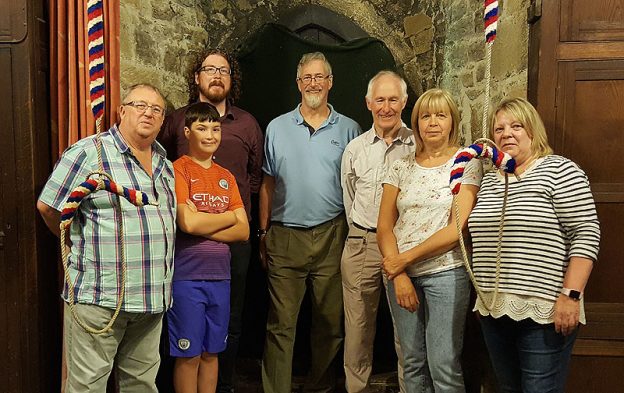 By Christopher Wright on 28-Jul-2017 - By “dodgy”, I don’t mean what happens in treble bob… There were eight of us and we were joined by a casual visitor who heard the bells as he passed on the canal.  We raised the front six and rang, initially, some quite reasonable rounds on four or five of them.  Four of the band […] Read more

By Christopher Wright on 10-Apr-2017 - All this climbing stuff…  I feel a bit like the von Trapp Family. We had quite a good session with five of the recruits (and two trainers and a “stooge”) on Thursday – and there seemed to be a demand for another session today (Monday).  Bells were muffled (I use the simple motorbike tyre ones […] Read more