The imminent arrival of the latest Couture Collection at Kildwick means more than simple sartorial splendour.  A range of polos, hoodies and fleeces carry two closely-linked logos that symbolise the growing together of the young MiniRingers and the adult inhabitants of the tower. 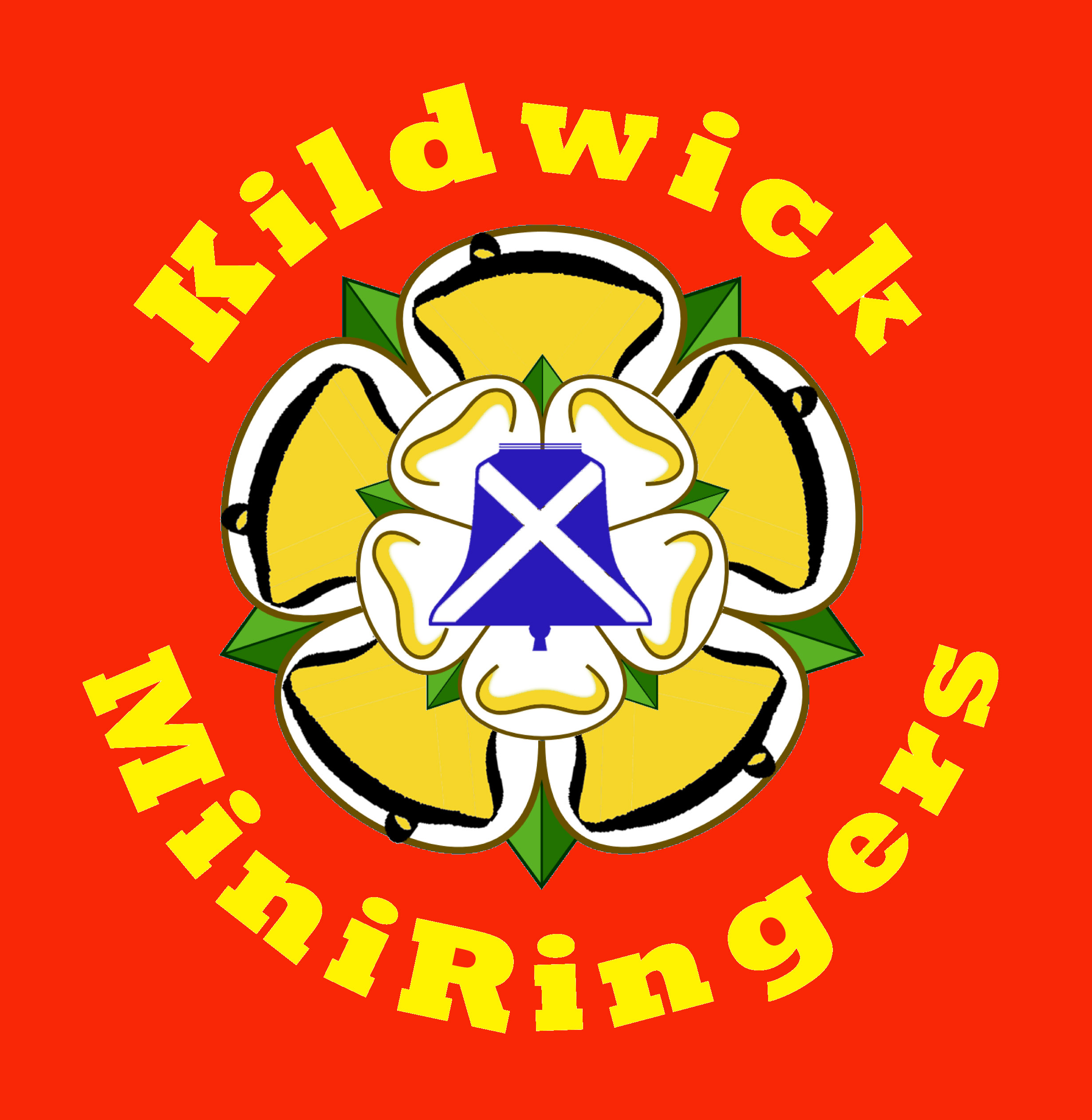 The “MaxiRingers” are making great progress and it is easy to take headline achievements as a measure of the band.

In September, we gathered a band to celebrate my 70th birthday.  We had three visiting helpers.  Bob Schofield was solid, but my son and daughter are rusty.  (Jim hasn’t rung for some 25 years!)  They and three Kildwick ringers achieved a basic quarter of Bob Doubles so full of “firsts” that we even got the briefest of mentions in “What’s Hot?” in the RW.  During Quarter Peal Week, we had a go at a longer piece, this time with just two pairs of visiting hands.  No quarter, but a “480” was scored.  Ed has now rung a second quarter; this time on the treble.  Gill will shortly have covered to one – and young Ben won’t be far behind.  To achieve this in just nine months with a new band actually makes a remarkable statement of all the help we have had from our neighbours; from Jane and from the Worth Valley Ringers (of whom we count ourselves honorary members!).

But, actually, headline achievements are probably not the best way to measure the progress of a band.  David and I learned to ring rather a long time ago.  The September quarter was David’s first for about 50 years!  We have six complete novices and their progress varies in just the sort of way that you might expect.  Some are forging ahead while others are progressing more sedately – but the important part, the part that makes me most proud of them all, is the way that they are a band.  A band that celebrates the triumphs of each one of them.  They can’t all be there every time.  Granddad Pete works abroad at times.  Tina can’t always make it and personal goals happen at different times for each of us.  We got, maybe, more pleasure in ringing real, genuine rounds on five for our Patronal Festival last Thursday than we did for Ed’s first quarter.  Theresa’s progress was every bit as significant.  She’s even learning to smile while ringing!  Sometimes…

But we are also growing the two groups together.  A year ago, the bell tower wasn’t really a great place for youngsters but the larger of our MiniRingers are now getting to grips with the dummy bell – and are beginning to ask about ringing the “big bells”.  From the start, I’d never intended the MiniRingers as a direct recruiting tool for the tower, but it is looking as though this may take place.  Two tower ringers are already involved with the young ones and two young ones are considering the logistics of joining the Thursday evening band.  (OK; it’s the parents doing the considering!)

Let’s hope that the traffic will become two-way. The matching embroidery is quite deliberate!

Spotted all six bells in the logo?